This villa, owned by the Provincia di Vicenza since 1970, was erected from 1735 to 1742 by the jurist Carlo Cordellina Molin on the plans of the architect Giorgio Massari. The villa suffered serious damages because of the First and Second World Wars, and also because it was used as an establishment for the breeding of silk worms. Having passed to private property, it was admirably restored by Vittorio Lombardi between 1953 and 1956. 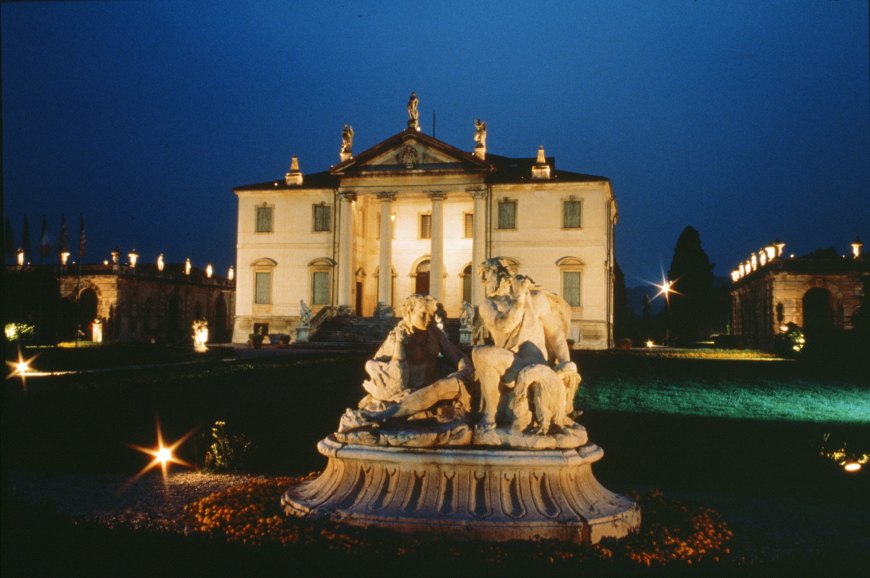 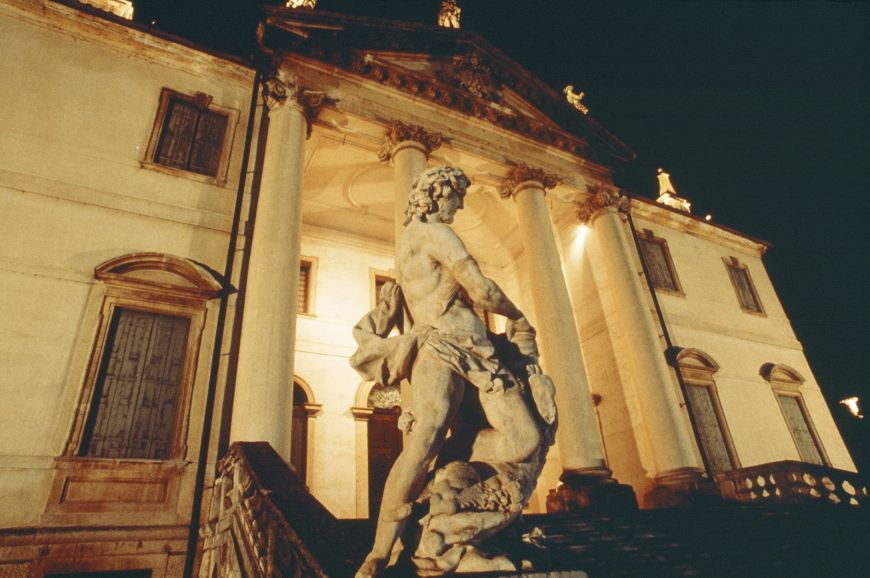 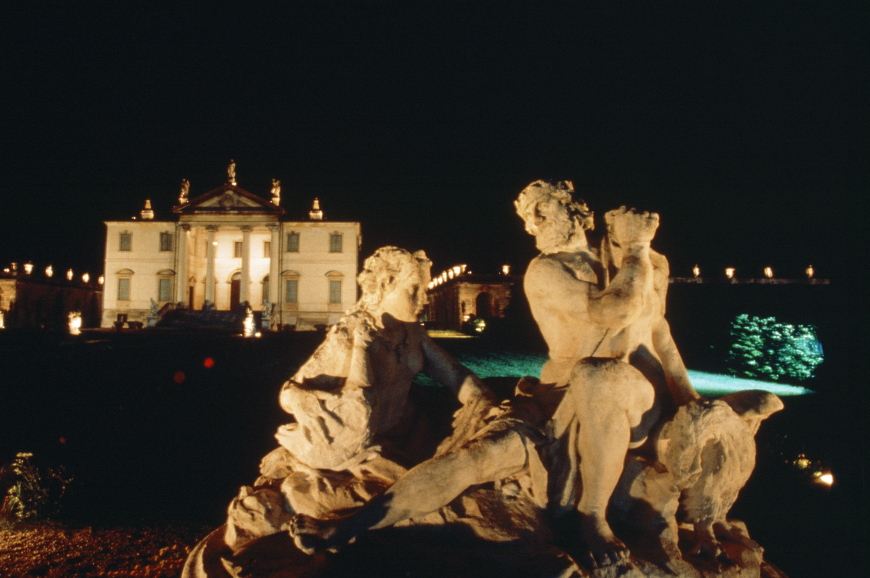 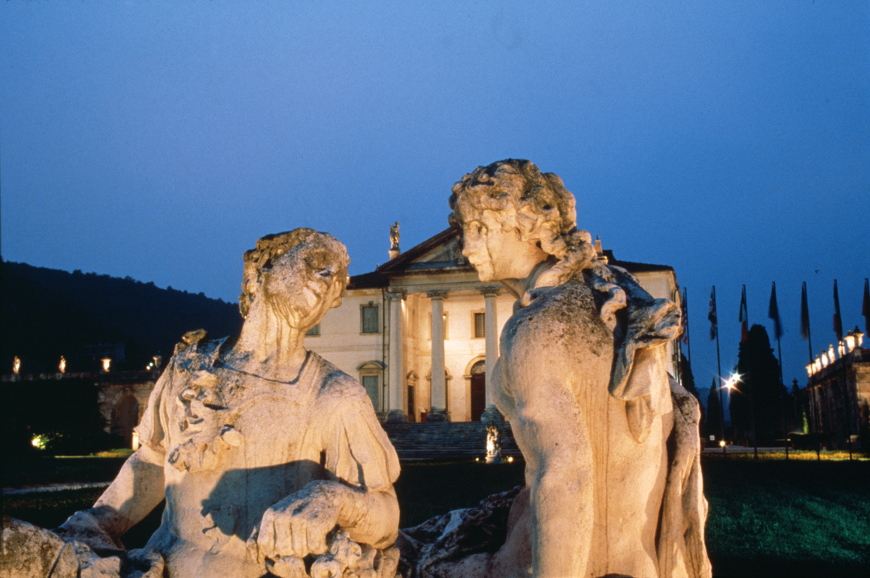 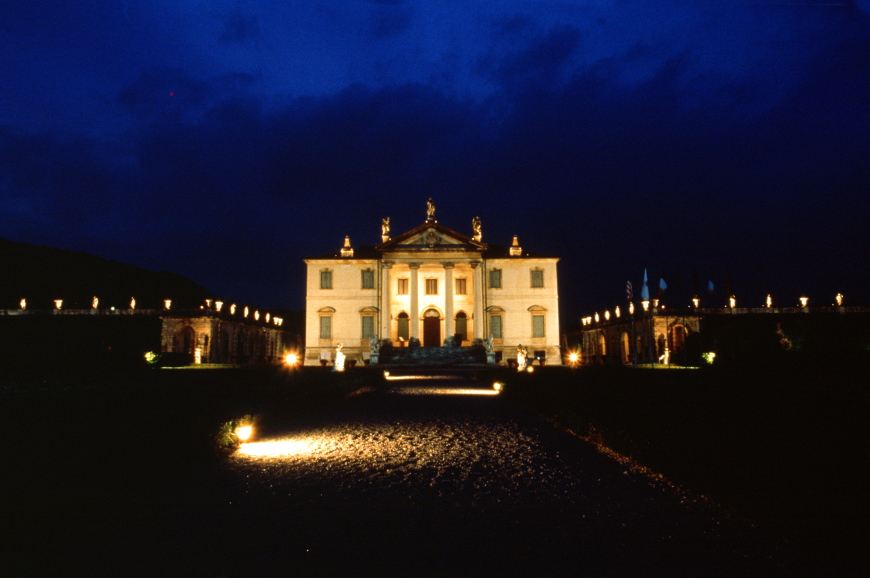 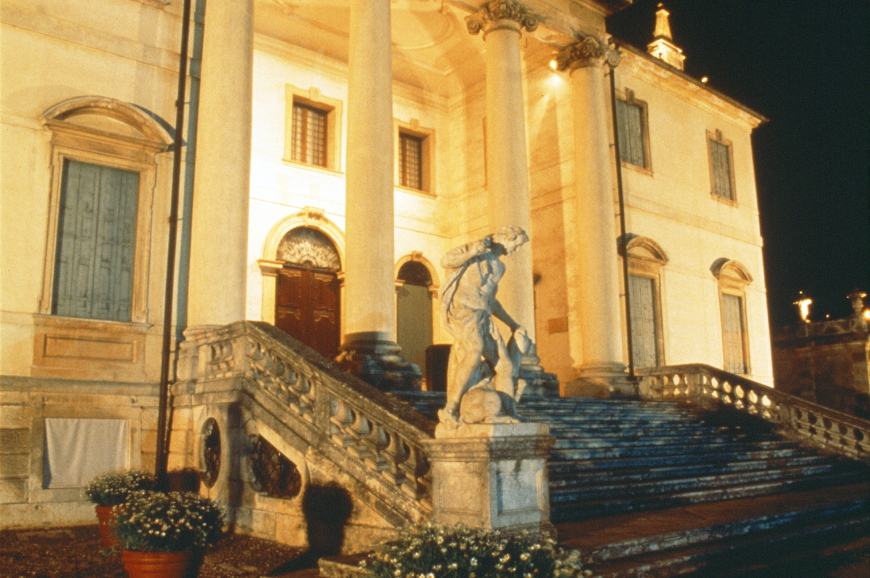 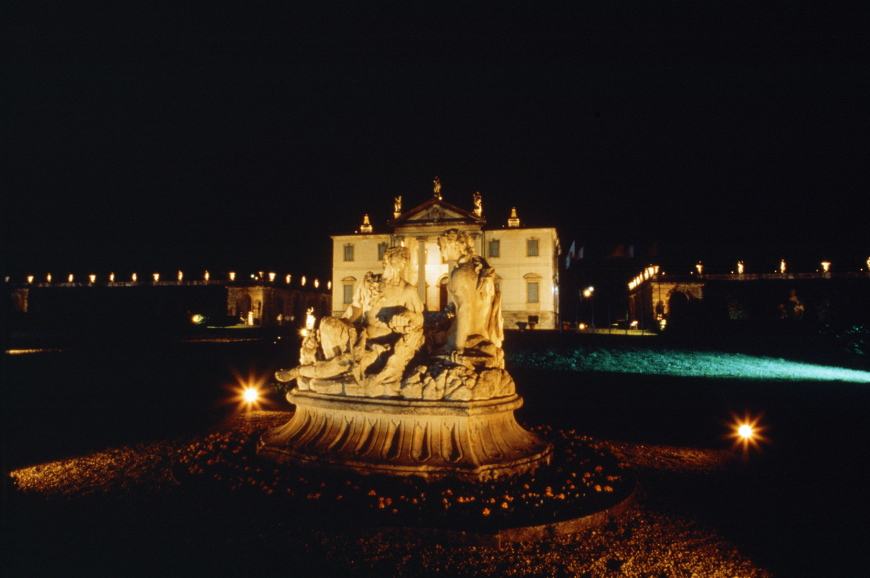 The whole complex is composed of the Main Residence, the rustic buildings known as "barchesse", the turrets and the magnificent "rustico" (building for peasants). In this villa Massari pays homage to the art of A. Palladio, with Ionic pronaos of four columns, surmonted by a tympanum with the Cordellina family coat fo arms (three hearts with flowers), and with symmetrical placing of the rooms and of the two stair cases near to the central room.

Carlo Cordellina wanted the work of Massari to be decorated by the greatest Venetian painter of the century, Giambattista Tiepolo. Tiepolo had worked in this villa during 1743, as it is shown in a letter of his own sent to his friend Algarotti. In this same letter the artist wrote to have made good progress at the end of October 1743 and to finish the cycle of frescoes on 10th or 12th of the following month.
According to Remo Schiavo, curator of the villa, the ceiling of the pronaos would have been adorned by an oilâˆ’painting representing "Time unveiling Truth". At the present this painting is kept in the picture gallery of Chiericati Mansion at Vicenza (see the paragraph concerning the Municipal Museum). Giambattista Tiepolo decorated the main hall e0tolling the figure of Carlo Cordellina, great lawyer; therefore this picture, now kept in the Museum, could represent an ideal prologue to the frescoes of the interiors.
The pin of Tiepolo's "speech", that is "Intelligence triumphing over Ignorance", is shown on the ceiling of the main hall. Intelligence enlightens men: this figure is coming down (wind is swelling her dresses), enters the room an enlightens the actions not only of Scipio and Ale0ander (the two characters of the side frescoes), but also of the landlord himself.
At the estremity of the ceiling Ignorance shot by a putto is failing down, whereas Fame (a winged figure blowing a trumpet) heralds the coming of Intelligence.
On the right wall the victorious emperor Alexander the Great receives the family of the defeated Darius. The scene acquires a theatrical atmosphere: an imploring woman with open arms seems to start singing an opera aria; another woman tries to seduce the victor uncovering her breast; the young woman is attracted by something or somebody being not in view; a child wants to play, but the old woman is holding him fast.
Alexander does not let himself be influenced and he grants the freedom to the noble personages with an action of great wisdom.
On the opposite wall another fresco represents the continence of Scipio the Elder: the hero sitting on his throne reunits the defeated Aluccio to his fiancè. Notice the splendid dress of the young woman, the chromatic hues of clothes, the people crowding to attend the event.
In the lower part, at the left of the picture, there is the author's signature: Gio.Batta Tiepolo.
The sky painted on the ceiling and on the walls seems to break the limits of the villa bringing into infinite spaces.
Above the side doors of the main hall some monochromatic frescoes represent the allegories of the four continents: Europe with a crown, Africa with an elephant head, Asia holding a plant in her hand and the naked America. On the ceiling other pictures show the allegories of Music, Poetry, War and Politics. Moreover this villa had a very rich pictures gallery carried out by Cordellina; at present most pictures are kept in the rooms of Chiericati Mansion.