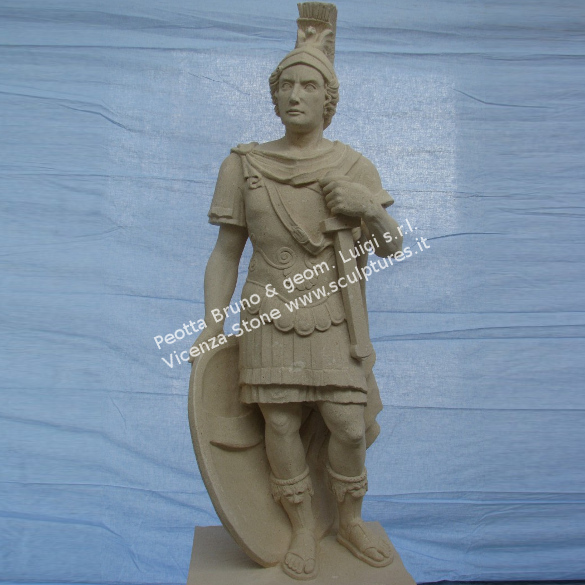 Divinity both Italic and purely Roman, mythical father of the first king of Rome Romulus, was the warrior god par excellence, in part associated with atmospheric phenomena such as storm and lightning.

Together with Quirino and Giove, it was part of the so-called "Archaic Capitoline Triad", which later on, instead, influenced by Etruscan culture, will be constituted by Jupiter, Juno and Minerva.

Later, identifying it with the Greek Ares, it was called son of Juno and Jupiter and inserted in a Hellenized mythological context.

God, moreover, represented the virtue and strength of nature and youth, which in ancient times was dedicated to military practice.