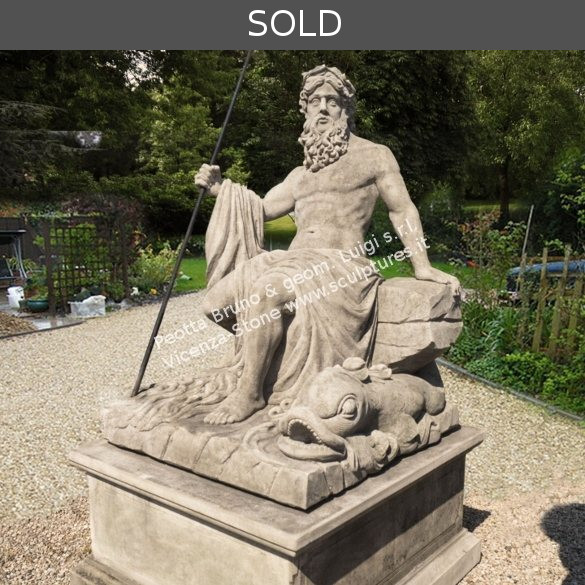 He is the counterpart of the Greek god Poseidon. In the Greek-influenced tradition, Neptune was the brother of Jupiter and Pluto; the brothers presided over the realms of Heaven, the earthly world, and the Underworld.

Neptune is the creator of horses and is the god of the sea as well as the owner of a powerful weapon, the Trident. Poseidon is the greek Neptune and is one of the big three gods Zeus, Hades, and Poseidon. He accidentally created horses when he had an affair with Medusa, and also created a boy who roams the seas as a pirate past the pillar of Hercules.

The statue can also be used as a fountain, the water will come out of the mouth of the dolphin. Iron wrought by a craftsman located in Veneto.