Hancarved sculpture of The Thinker of Rodin carved by our sculptors in Vicenza stone.

The Thinker was initially named The Poet (French: Le Poète), and was part of a large commission begun in 1880 for a doorway surround called The Gates of Hell.
Rodin based this on The Divine Comedy of Dante Alighieri, and most of the figures in the work represented the main characters in the poem with The Thinker at the center of the composition over the doorway and about larger than most of the other figures.
Some critics believe that it was originally intended to depict Dante at the gates of Hell, pondering his great poem. Other critics reject that theory, pointing out that the figure is naked while Dante is fully clothed throughout his poem, and that the sculpture's physique does not correspond to Dante's effete figure.
The sculpture is nude, as Rodin wanted a heroic figure in the tradition of Michelangelo, to represent intellect as well as poetry. 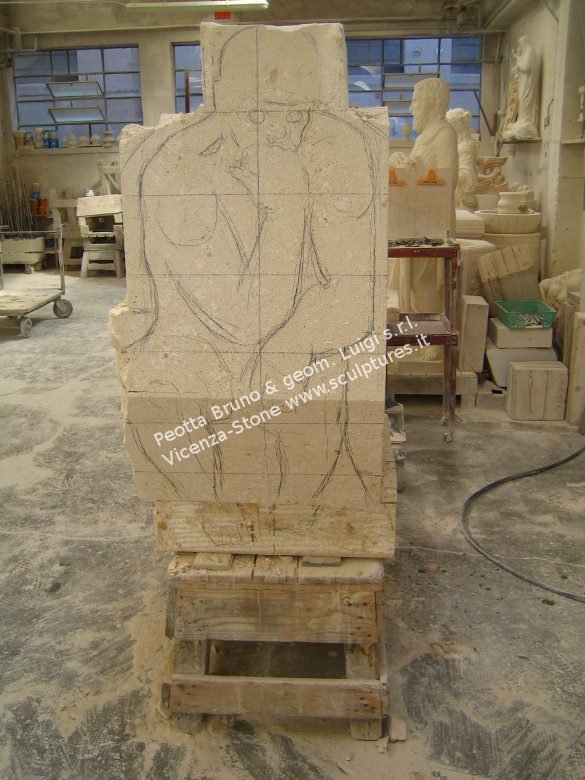 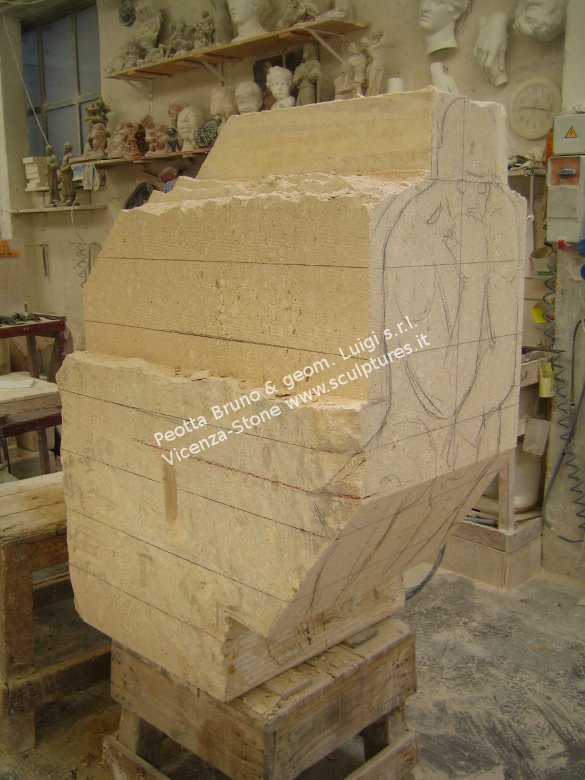 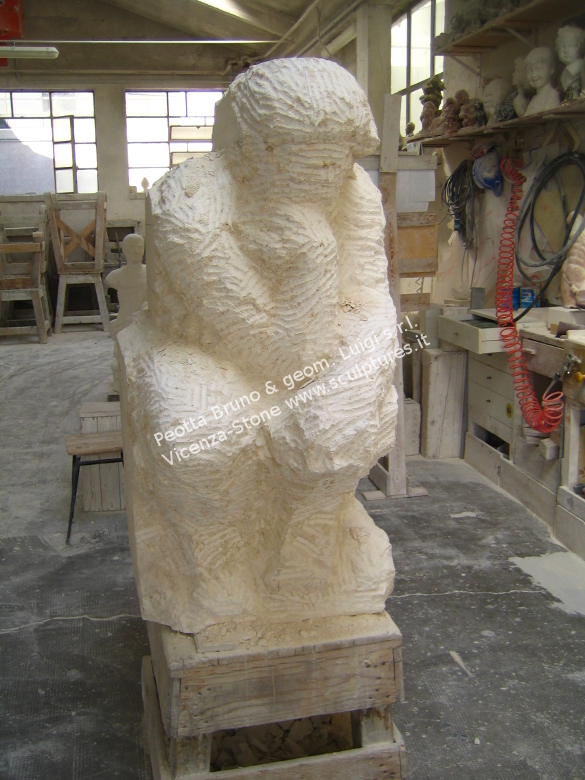 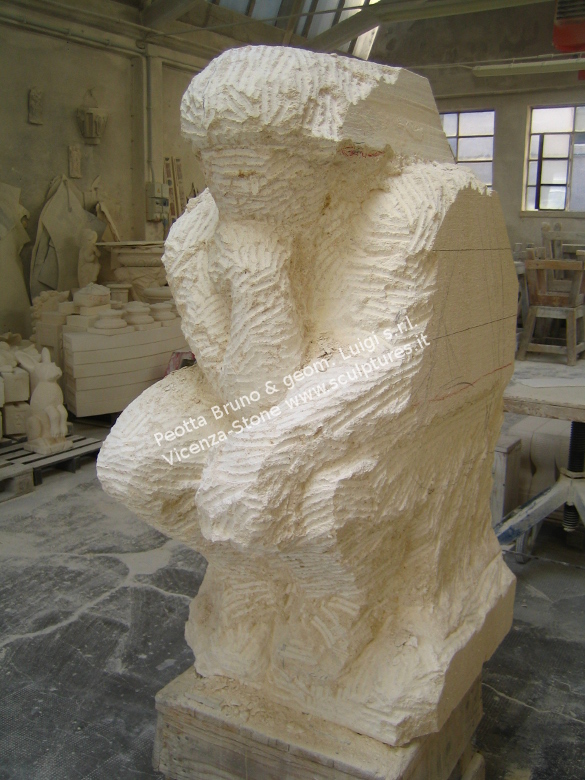 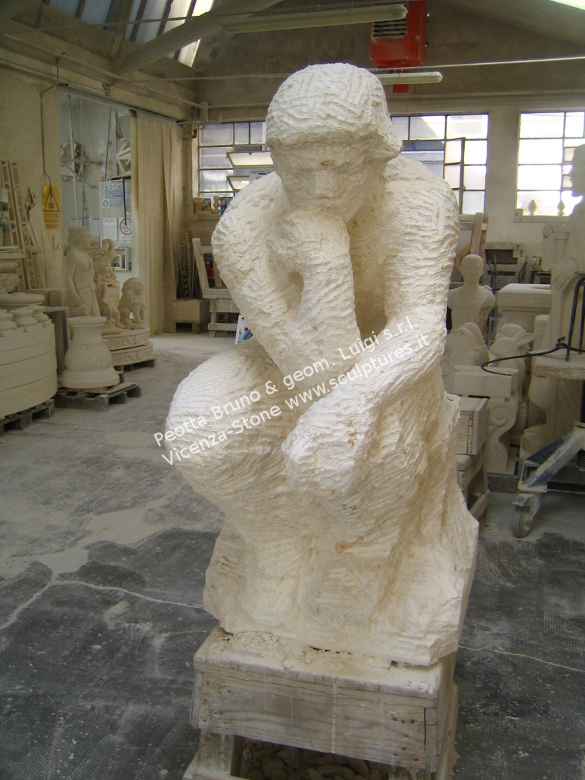 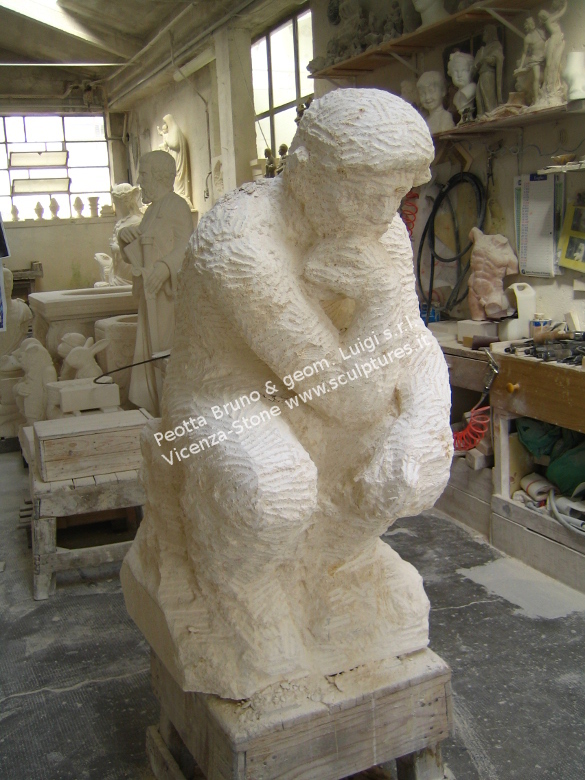 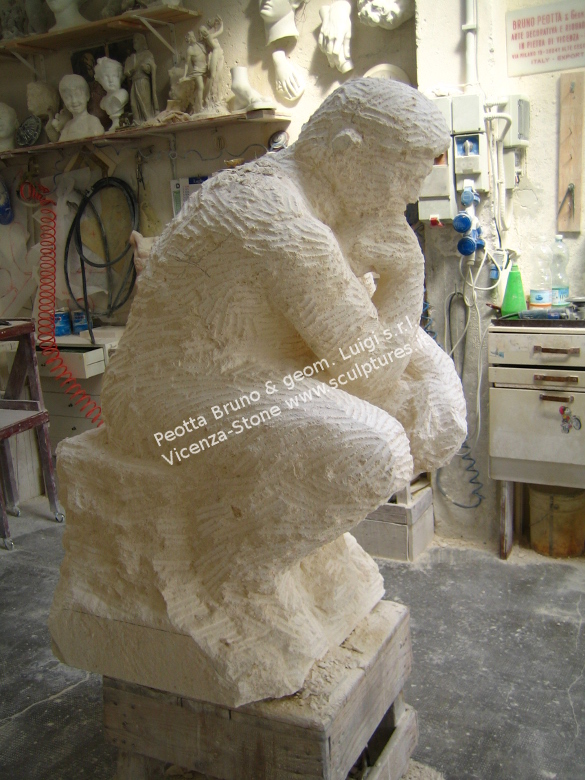 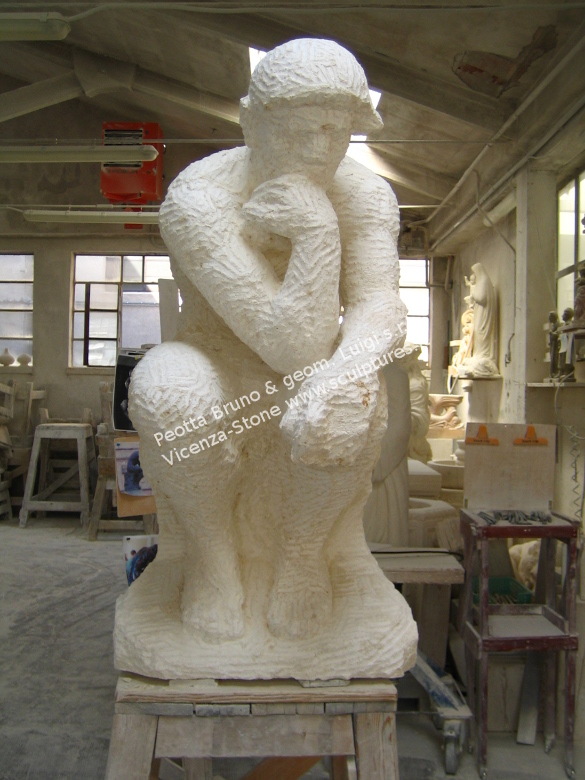 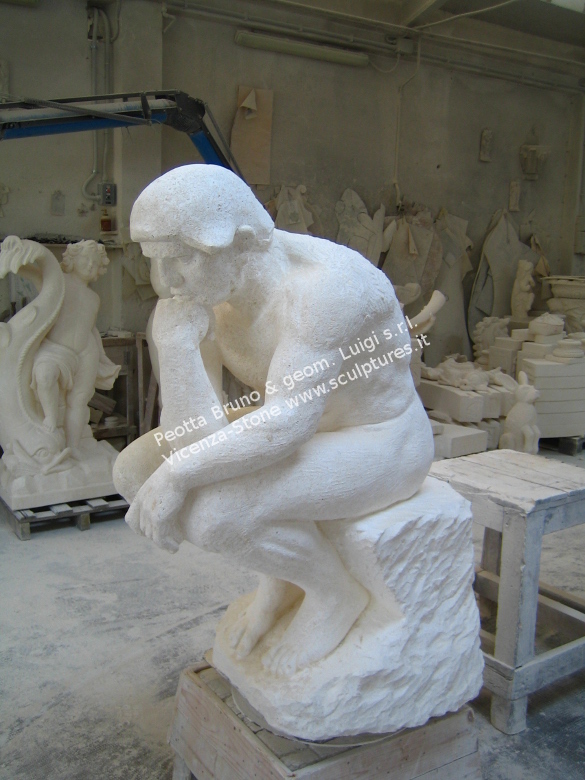 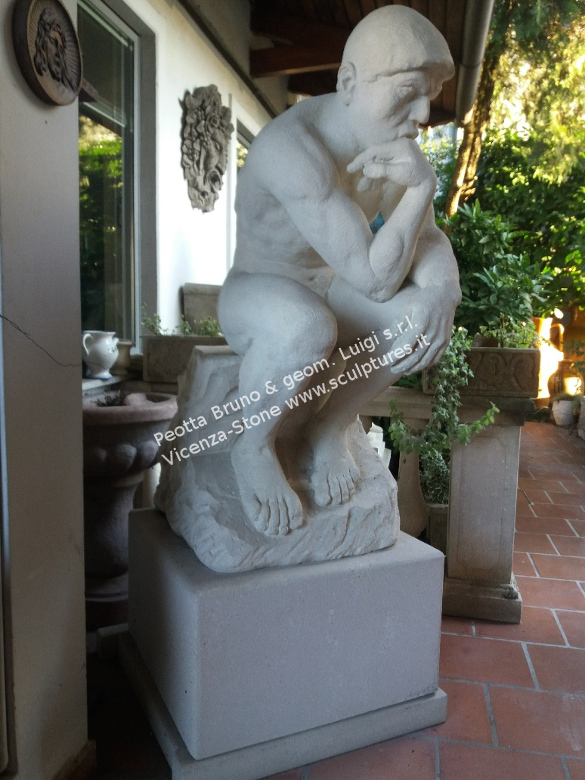 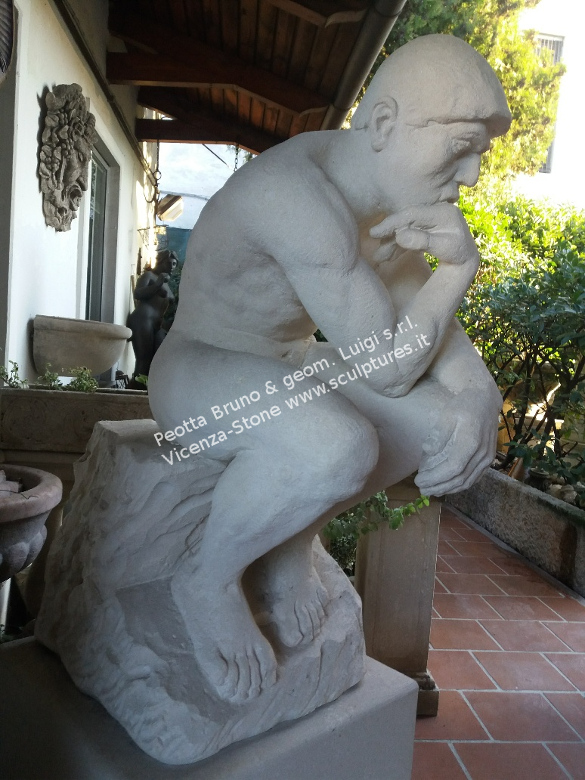 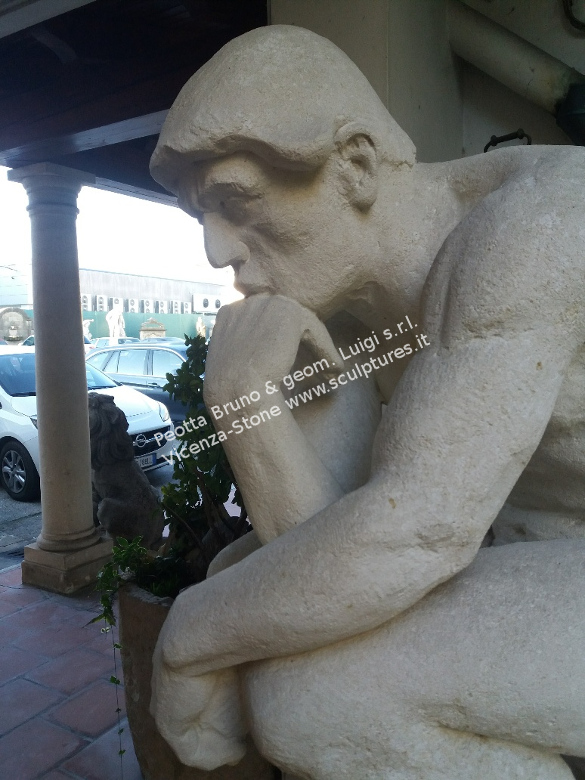 This detail from the Gates of Hell was first named The Thinker by foundry workers, who noted its similarity to Michelangelo's statue of Lorenzo de Medici called Il Pensieroso (The Thinker), and Rodin decided to treat the figure as an independent work at a larger size.
The figure was designed to be seen from below and is normally displayed on a fairly high plinth, although the heights vary considerably chosen by the various owners.